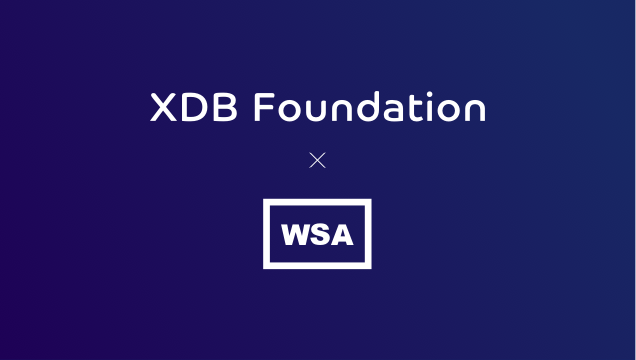 The World Stablecoin Association membership currently consists of the two founding firms and BlockGeeks, whose CEO Ameer Rosic is also on the WSA steering committee, as well as some of the worlds leading stablecoin projects including BRZ, CBRL, Peg Network, QCAD, QC, Ren, Stably, USDK and capital groups such as Alpha Sigma Capital, Consensus Labs, Nova Club. Furthermore, influential blockchain media and communities such as Blockchain Club, Mars Finance, Jinse Finance have expressed the desire to curate and deliver more stablecoin trends with WSA. Membership will also be open to enterprises, government agencies, and other active companies adding value to and advocating for stablecoins.

The use and demand for stablecoins has grown exponentially over the past few years with an increase in on-chain stablecoin activity of 800% in the last 12 months alone, with $290 billion in transaction volume, according to market intelligence firm TokenAnalyst.  The total daily trading volume of stablecoins is now the largest of any digital asset on the market today, with the total market capitalization of stablecoins ranking third, ahead of Ripple and behind Bitcoin and Ethereum.

Recently, new categories of stablecoins have begun coming to market, including different fiat currencies, commodities, and economics and governance models.  Notably, the emerging niche of branded stablecoins presents several opportunities to generate value for consumers, merchants, brands and payment providers, such as overlaying transaction data with loyalty features and severely reducing processing costs.  For companies such as Walmart that transact over $500 billion in sales per year, this can amount to savings in excess of $10 billion.

Stay up to date

Subscribe to the DigitalBits Foundation newsletter for the latest news and events.

DigitalBits
We use cookies on our website to give you the most relevant experience by remembering your preferences and repeat visits. By clicking “Accept All”, you consent to the use of ALL the cookies. However, you may visit "Cookie Settings" to provide a controlled consent.
Cookie SettingsAccept All
Manage consent

This website uses cookies to improve your experience while you navigate through the website. Out of these, the cookies that are categorized as necessary are stored on your browser as they are essential for the working of basic functionalities of the website. We also use third-party cookies that help us analyze and understand how you use this website. These cookies will be stored in your browser only with your consent. You also have the option to opt-out of these cookies. But opting out of some of these cookies may affect your browsing experience.
Necessary Always Enabled
Necessary cookies are absolutely essential for the website to function properly. These cookies ensure basic functionalities and security features of the website, anonymously.
Functional
Functional cookies help to perform certain functionalities like sharing the content of the website on social media platforms, collect feedbacks, and other third-party features.
Performance
Performance cookies are used to understand and analyze the key performance indexes of the website which helps in delivering a better user experience for the visitors.
Analytics
Analytical cookies are used to understand how visitors interact with the website. These cookies help provide information on metrics the number of visitors, bounce rate, traffic source, etc.
Advertisement
Advertisement cookies are used to provide visitors with relevant ads and marketing campaigns. These cookies track visitors across websites and collect information to provide customized ads.
Others
Other uncategorized cookies are those that are being analyzed and have not been classified into a category as yet.
SAVE & ACCEPT