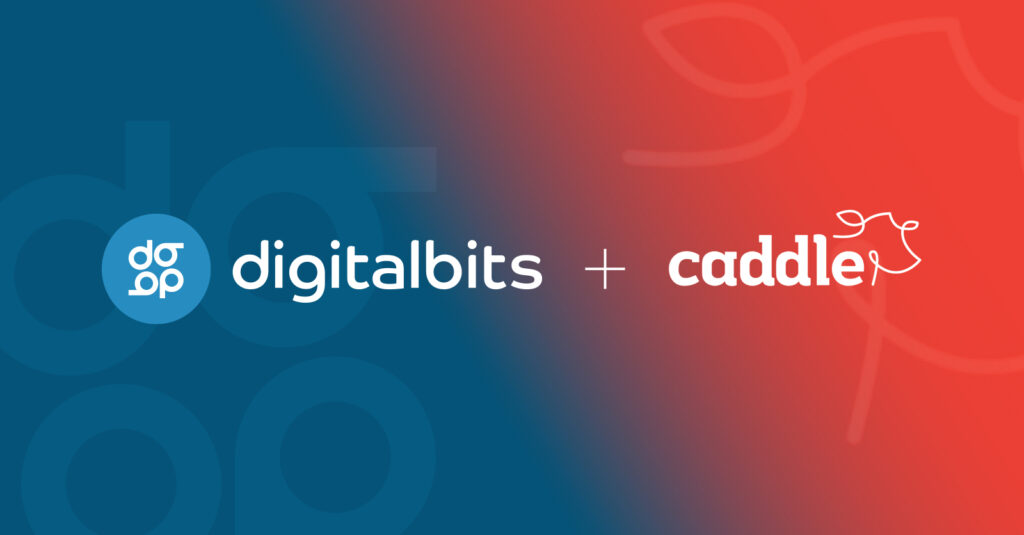 St. Catharines, Ontario – May 30, 2018 –  Caddle®, a customer engagement platform that offers consumers cash-back rebates, today announced it has joined the DigitalBits Partner Ecosystem and will integrate the DigitalBits blockchain with its rewards platform to offer greater value for consumers.

According to research from Caddle, Canadian consumers are increasingly interested in the cryptocurrency space. Two-thirds of the respondents would like to see brands expand their loyalty programs by adding cryptocurrencies as a reward for purchases. By utilizing the DigitalBits blockchain, in addition to earning cash rewards on the Caddle platform, their users will soon be able to earn digitalbits (also known as XDB), the native digital asset of this blockchain network.

“We’re excited to leverage the DigitalBits blockchain and provide our customers with a next-generation rewards platform,” said Ransom Hawley, CEO of Caddle. “Adding cryptocurrency as a reward for Caddle users was an easy decision for us, following the results of our recent consumer survey. We are looking forward to making a contribution to the DigitalBits community and supporting the growth of this blockchain ecosystem.”

“We’re delighted to have Caddle join the DigitalBits Partner Ecosystem and harness the power of blockchain technology,” said Al Burgio, Founder & CEO, The DigitalBits Foundation. “By Caddle integrating its platform with the DigitalBits blockchain, we will be sure to see exponential growth of the number of user accounts on this decentralized network.”

Founded in 2015 by Ransom Hawley as a way to connect brands to consumers in a meaningful way. Caddle leverages spending preferences and deep data from consumers through surveys and targeted offers to understand more about how customers consider and follow through on purchases. Caddle provides data back to brands that helps them reach consumers in a way never before possible, while rewarding the consumer for their time and input. Caddle is supported by some of the leading brands as customers including PepsiCo, Nestlé, and Domino’s. For more information, please visit www.caddle.ca.

About The DigitalBits Foundation

The DigitalBits Foundation supports the DigitalBits™ open-source project by providing development resources, infrastructure, events and education.  DigitalBits is a secure, low-cost global transaction network and protocol for anyone to use, including but not limited to businesses with loyalty and rewards programs and their users. Loyalty program operators are able to create their respective loyalty points as digital assets on this decentralized network and users can trade these various digital assets on-chain.

All trademarks referenced in this press release are the property of their respective owners.

Stay up to date

Subscribe to the DigitalBits Foundation newsletter for the latest news and events.

DigitalBits
We use cookies on our website to give you the most relevant experience by remembering your preferences and repeat visits. By clicking “Accept All”, you consent to the use of ALL the cookies. However, you may visit "Cookie Settings" to provide a controlled consent.
Cookie SettingsAccept All
Manage consent

This website uses cookies to improve your experience while you navigate through the website. Out of these, the cookies that are categorized as necessary are stored on your browser as they are essential for the working of basic functionalities of the website. We also use third-party cookies that help us analyze and understand how you use this website. These cookies will be stored in your browser only with your consent. You also have the option to opt-out of these cookies. But opting out of some of these cookies may affect your browsing experience.
Necessary Always Enabled
Necessary cookies are absolutely essential for the website to function properly. These cookies ensure basic functionalities and security features of the website, anonymously.
Functional
Functional cookies help to perform certain functionalities like sharing the content of the website on social media platforms, collect feedbacks, and other third-party features.
Performance
Performance cookies are used to understand and analyze the key performance indexes of the website which helps in delivering a better user experience for the visitors.
Analytics
Analytical cookies are used to understand how visitors interact with the website. These cookies help provide information on metrics the number of visitors, bounce rate, traffic source, etc.
Advertisement
Advertisement cookies are used to provide visitors with relevant ads and marketing campaigns. These cookies track visitors across websites and collect information to provide customized ads.
Others
Other uncategorized cookies are those that are being analyzed and have not been classified into a category as yet.
SAVE & ACCEPT